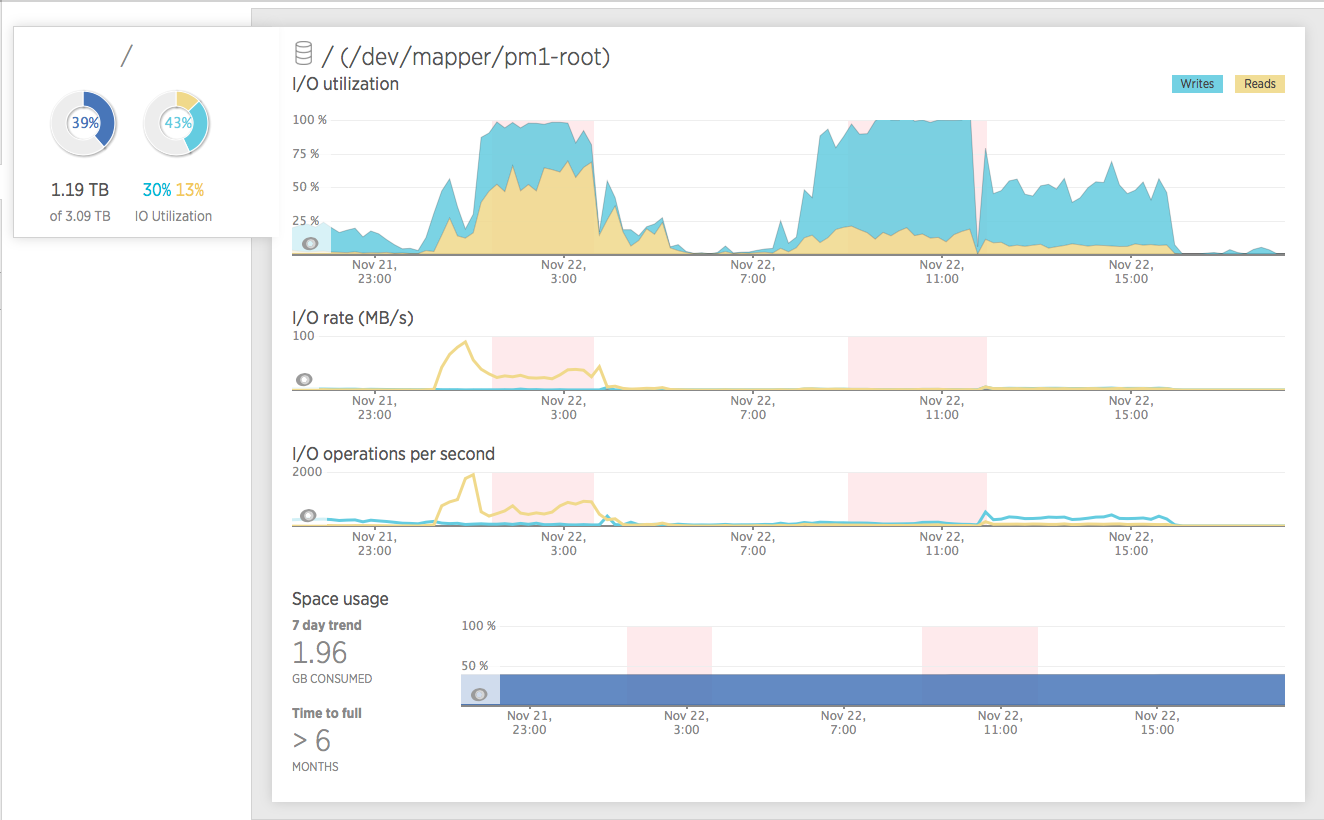 A little bit of the history, our production system is a replica set of three nodes. When the issue is happening our system responses slow, in such situation what you feel is that the web is down, because you don’t receive answer in quite some time for some requests.

You know that the system is fixable easily because after you restart the node involved you get the system up and running normally again. The problem is that you have to delete all the data in the replica affected, and start a synchronisation from scratch. The first time was happening in the master node, the last day was happening in the slave node (a different machine).

Something good was that the last day when it was happening we was testing Newrelic and we got new information, not so much but something more. Some pictures that I have extracted from our Newrelic monitoring:

The CPU in use is growing a little in the point of the peaks:

But the real problem is the disk IO (not the network IO, as you can see in the pictures):

Here, there is a better graph about the problem with the IO and you can see that the writes was increasing in that time like the hell, using the 100% of the IO in the hard disk. 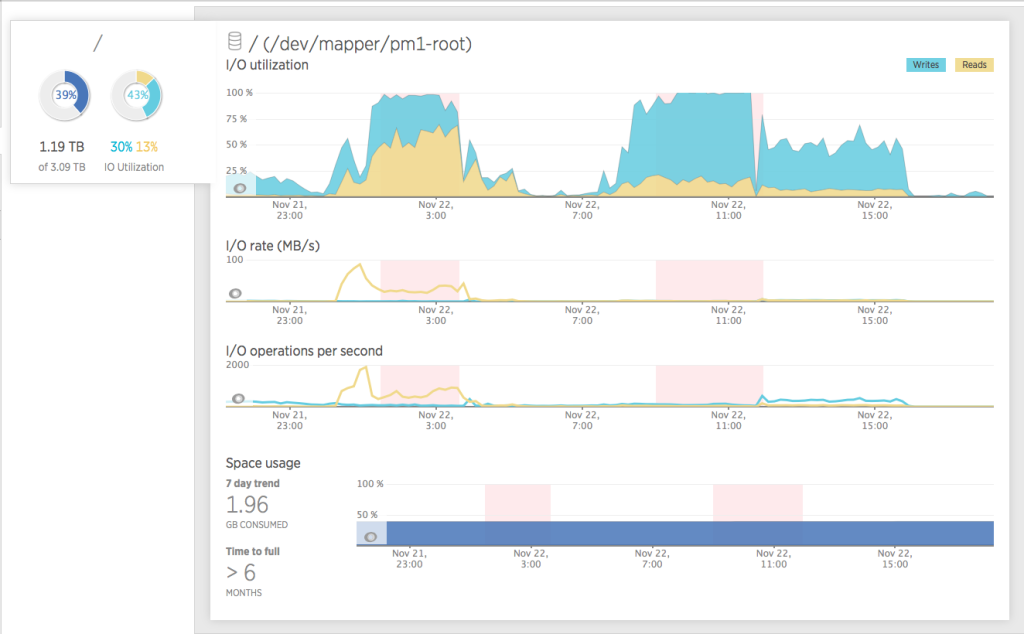 We don’t know the real reason, at the moment of write this post. Although, there is an old issue (fixed in 2.5.0), when mongod flushs the working memory to disk, it was having this particular problem.

I would like to write down all the things that we know in this point, maybe it will help us to find a solution in some point and clarify our theory of the “flushing data”:

We have tested the performance of the hard disk from the linux side and from the mongo side and we didn’t achieve any clue about what it’s wrong. Our results were successful in both case.

For the time been, we have switched the storage type from MMAPv1 to WiredTiger, to see if there is a different behaviour, in theory it should not flush data from memory to disk in that way.

If you have any suggestion, we have posted the same information in the MongoDB user group. Or write a comment here :).

Hi, my name is Jesús Navarrete and this is my personal blog. My interest topics are machine learning and large scale distributed systems.

This website uses cookies to improve your experience while you navigate through the website. Out of these, the cookies that are categorized as necessary are stored on your browser as they are essential for the working of basic functionalities of the website. We also use third-party cookies that help us analyze and understand how you use this website. These cookies will be stored in your browser only with your consent. You also have the option to opt-out of these cookies. But opting out of some of these cookies may affect your browsing experience.
Necessary Always Enabled
Necessary cookies are absolutely essential for the website to function properly. This category only includes cookies that ensures basic functionalities and security features of the website. These cookies do not store any personal information.
Non-necessary
Any cookies that may not be particularly necessary for the website to function and is used specifically to collect user personal data via analytics, ads, other embedded contents are termed as non-necessary cookies. It is mandatory to procure user consent prior to running these cookies on your website.
SAVE & ACCEPT